Sometimes I feel a deck can reach a critical point when any improvements on it are just trolling your playgroup. You move past the “hard to beat” descriptions and moving into “just being unfair” territory. While many players don’t like intentionally building in weaknesses, sometimes you just have to step back and say “Ok, We’re going to have to do this “Dr. Evil” style and not “Scott Evil” style or people will just think I’m a jerk.” Allowing your deck to contain a big glass jaw isn't too much of a problem in any case when your opponents just don't play to beat that strategy.

I reached that critical point just after the release of Dark Ascension with the Teneb deck I had tweaked from  Mr. Scotty Mac’s original “cheaty” build. His version was hell-bent on putting huge monsters into play for cheap or free but, while I kept some of the build as was originally intended, I tried to move the deck into a more comfortable territory for my playgroup. 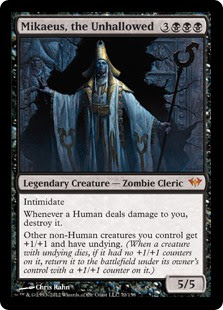 Unfortunately, Wizards went and printed Mikaeus, the Unhallowed in Dark Ascension. Sometimes the temptation is too much.


Ok, my first impression was to be pretty impressed, both by the first look at the card and by the flavor. A legendary character in Innistrad killed off and zombified to come back in Dark Ascension? How cool is that?!


I lucked into a copy in a sealed event and put on my thinking cap as to what I could do with it. I could have just put it into my zombie deck, of course. The only other deck I have built with black is the aforementioned Teneb, a deck that really likes having things jump in and out of your graveyard. Hey! Mikaeus helps things jump right back out of my graveyard! Match made in ....eh, where-ever zombies and dragons and spirits all hang out together after the game.


Surely, if I put Mikaeus into Teneb, it would be nice and synergistic and not some broken-ass engine, right?

The following overreaction comes with the sad knowledge that your opponents have somehow allowed you to have Mikaeus, Greater Good and Reveillark together in play at the same time.

Things that I have learned from Mikaeus: 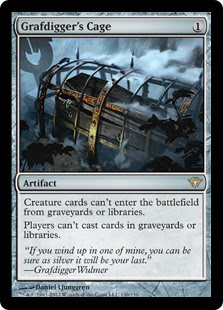 In a set that gives some nice flashback spells and a new graveyard based mechanic, it seems a little misplaced to find the Cage as it totally dominates those strategies. Currently in the Standard and block formats, in addition to getting your game in place, you must at all times and in all colours be able to remove the Cage. The flip side is that the cage is a blank card against you unless you need to use the graveyard as a resource.

Moving this into Commander, it's a bit trite to say that the sky is falling for recursion strategies as is being mentioned in Vintage, but this card is a kick in the teeth for Green-White (Sun Titan, Karmic Guide, Reveillark, Saffi among others), Black (where do I start?), Blue (Wrexial, Acquire, Bribery, Magus of the / Future / Sight), and even Red (Goblin Welder). So I guess that's a kick in the teeth for everyone. For one single, colourless mana, the Cage shouts "NO!!" for a very large portion of the format's favourite spells. It's cheap, tutorable with Trinket Mage and allows for very few work-arounds.

Essentially only effects that exile a card before it enters play from library or graveyard can side-step the Cage: Living Death (yay!), Tooth and Nail (Booo!) and Thada Adel (yay!) are a couple of more common examples but this list gets very short and unimpressive very, very quickly in comparison to all the cards that the Cage stops. The other work-around is just playing fair but we all know how unsuccessful that strategy is in Commander.

Something to remember: Grafdigger's Cage will swing from being a useless card to being the most dominant card in different games and at different points in games. Either way it's still essential and I'd go as far as to say is an auto-include (sorry!) for any deck that isn't intending to abuse graveyards or the top of their deck. It's also not a definitive answer. You will need something else to stop shennanigans so this should be part of a suite that looks at disrupting your opponent, not just a single card in a pile of 99. I've already had an opponent whine about being unable to stop Teneb despite having the Cage in his deck. Maybe he should have found the Cage with his Trinket Mage rather than Sensei's Divining Top, eh?

Enjoy your new toy, bring balance to the force and don’t call me Shirley. 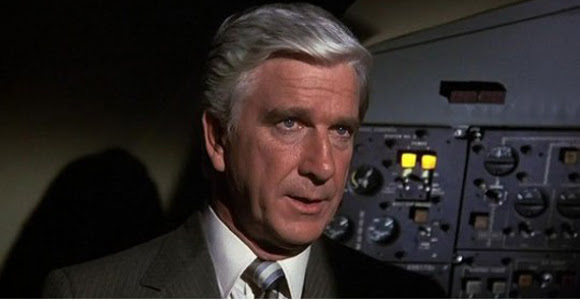